Happy OERAD!  Today we celebrate the game that introduced the world to role playing games. Today we celebrate Original Dungeons & Dragons (first released in 1974) it's clones and derivative games! I hope you enjoy the posts and products linked below, in honor of the first published role playing game!
Updates will be made a couple times throughout the day as some folks will be working through the day to get several posts up.  Keep checking back!  The Index will be updated throughout the day! 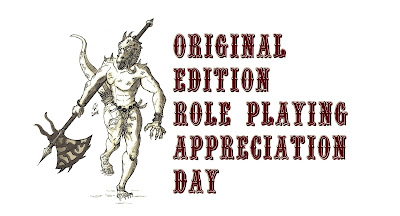 A Catalog of Original Dungeons & Dragons Based Games

We've lucked out this year, as it turns out that OneBookShelf is having a HUGE sale on D&D and it's imitators. This includes OD&D and most clones! Links to the games below will, for the most part, take you to the OneBookShelf page for the specific product, where you can learn more about each game and what it is about. Most product links on this page are affiliate links and some of the profit from sales will benefit this blog and the creation of our own OD&D based game "Gateway To Adventure."
Original Dungeons & Dragons

Chainmail -The game system that OD&D was built upon.

Original Dungeons & Dragons - The boxed set that started it all. This set contained three booklets that laid the groundwork for the most popular rpg in the world. Today this would be referred to as "the core rules."

Greyhawk: Supplement I - The first supplement for Dungeons & Dragons. It introduced many rules still familiar today. Based upon the campaign of Gary Gygax.

Blackmoor: Supplement II - The second supplement for Dungeons & Dragons. Based upon the campaign notes of creator Dave Arneson, this introduced the first module as well as underwater adventuring rules and many of the iconic water based creatures still found in modern editions of the game.

Gods Demi-gods & Heroes: Supplement IV - The fourth supplement for Dungeons & Dragons introduced many mythological deities and items of legend into the game.

Swords & Spells - This release was more a stand alone game of mass combat than a true supplement. It provided some good rules that could be ported into a campaign, including a great morale system.

Swords & Wizardry Whitebox - The most popular of the clones focused on replicating a version of the 3 rule books from the boxed set.


Swords & Wizardry Core - The Core rules provide a glimpse at the Whitebox plus some of Matt Finch's preferred rules from Greyhawk.

Swords & Wizardry Complete - This version of Swords & Wizardry combines all of the OD&D supplements, though it is missing several sections as well as IP that cannot be reproduced in a clone. 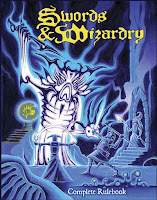 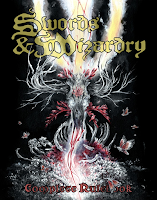 White Box: Fantastic Medieval Adventure Game - Possibly the most comprehensive and best laid out version of the "white box" style rules to date. A few extras are included in this one as well.

White Box Gothic - This is a "what if" sort of game where it replaces the fantasy influence on D&D with Gothic horror in the vein of Hammer and Universal Horror films, as invisioned by James Spahn of Barrel Rider Games.

White Star - White Star is another game from Barrel Rider Games that replaces the fantasy element of the game. This time with Sci-Fi, and the results are fantastic.

Night Owl Workshop - Night Owl Workshop has a slew of games based upon the original game! All of them being reimaginings of the game in different genres. Warriors of the Red Planet places the game in Edgar Rice Burroughs's Barsoom, while Freebooters takes the game to the Age of Sail. All games are worth looking into, as well as the OD&D bestiary "Beasties."

Crypts & Things - A variant system based upon Swords & Wizardry using pulpy Swords & Sorcery as the setting. 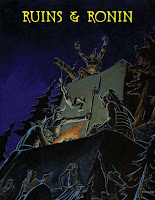 Spellcraft & Swordplay - S&S is a rules lite game based on the original boxed set and chainmail.

Champions of Zed - Champions of Zed is a clone of the original boxed set, combining additional material from earlier documents, that could possibly be referred to as "playtest" documents of Proto-D&D.

Blueholme Prentice Rules & Bluehome Journeymanne Rules - John Eric Holmes wrote a set of rules for D&D which clarified the rules found in the original game. Though it is not officially a part of the original game, these rules are close and were meant to be a tool for ease of playing the game. Therefore they are a part of this celebration. There is not version of Holmes's rules currently on the market, but we do have the Blueholme clone of his rule set. The Prentice Rules follow the original version that Dr. Holmes wrote, taking characters to level 3. The Journeymanne Rules are an imagining of what Holmes may have done had his rules gone to level 20. 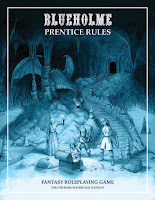 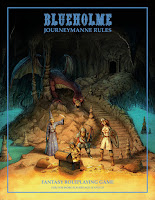 ﻿
Forbidden Lore - A free download by Jason Vey. This is a rules supplement going deeper into using Chainmail to play OD&D.

The Age of Conan Supplement - Another free PDF from Jason Vey. This uses only the three books from the OD&D boxed set and Chainmail to play adventures in Robert E. Howard's Hyborian Age.

Secrets of Acheron - This free supplement goes with "The Age of Conan" and features a vast array of rules and options for using magic and sorcery in the Hyborian Age.

Warriors of Mars - Another free supplement. Similar in scope to "The Age of Conan," this supplement is meant to take the adventure to Edgar Rice Burroughs's Barsoom.

Dean Spencer Art - All stock art is on sale today!

Northport - Beneath the Fallen Tower, an introductory adventure, is on sale today for $0.99.

Secrets of Blackmoor - While not on the market yet, this is a documentary being made about Blackmoor, Dave Arneson and "Proto D&D!" Well worth following, highly recommended. Here is a trailer:

The Darkness Beneath Dalentown - A new adventure for Swords & Wizardry. LINK FORTHCOMING

Halls of the Nephilim - A new class for Swords & Wizardry, the Venomist

Original Edition Delta - OED releases a new digest-sized listing of all the monster EHDs (Equivalent Ht Dice) listed in the Monster Database. These have been found by computer Monte Carlo simulations (several million sample combats each). Use these for encounter balancing, XP awards, etc

The Other Side Blog - Blogger Timothy Brannan talks about OD&D Clone "Spellcraft & Sorcery."

The Ruins of Murkhill: Original Dungeons & Dragons - A look at the moral dilemma of humanoid children in the dungeons 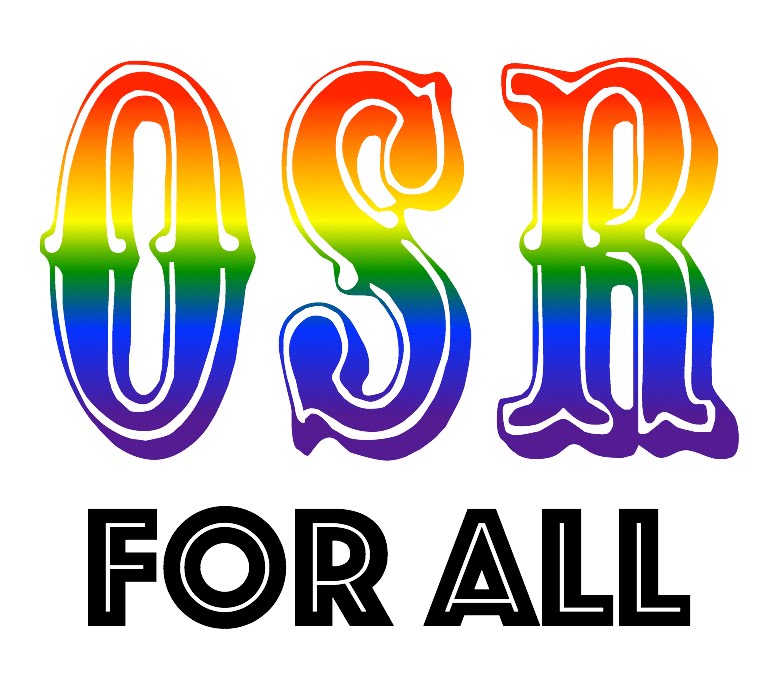 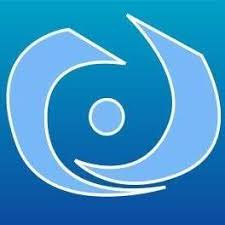 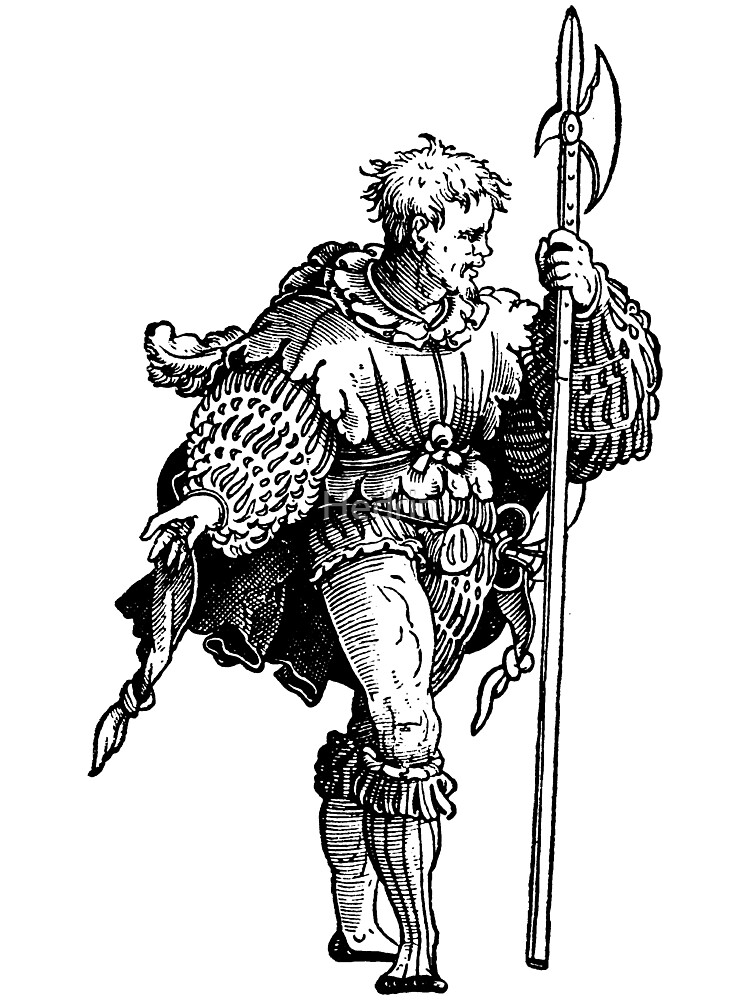 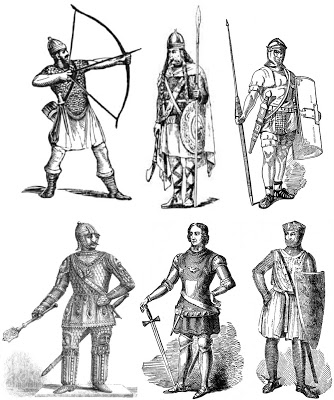